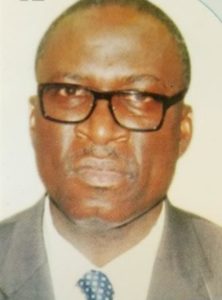 A member of Nigerian Society of Engineers; Nigerian Institute of Structural Engineers; Nigerian Institute of Civil Engineers, and also member of Council of Registered Engineers of Nigeria, Olujimi Nunayon Hotonu was born in London on April 4, 1961. For the First School Leaving Certificate, he was educated at Ireti Primary School Ikoyi, Lagos from 1966-1971. He, then proceeded to the Methodist Boys High School Lagos in 1972, and later the Federal School of Art& Science from 1977- 1979 where he obtained the West African Certificate (WASC) and the Higher School Certificate respectively.

Mr. Hotonu started his working career in 1983 as Pupil Engineer with Adejumo Ogunsola & Partners after which he joined the Lagos State Civil Service in 1986 as Executive Engineer, and deployed to the Structural Section of the Ministry of Works. He rose to the Post of Senior Executive Engineer in 1989, promoted Principal Engineer in April 1992, and was redeployed to Engineering Service Department, New Towns Development Authority where he worked until August 1995.

In the course of his career, he has attended several Courses, Seminars and Workshops which include Supervision and Management of Civil/ Buildings Engineering Projects, Effective Project Management, Workshop on proposed Urban Youth Employment and Empowerment Project Managing and Leading Strategic Change, and Sustainability of Existing Infrastructure in Lagos State among others.