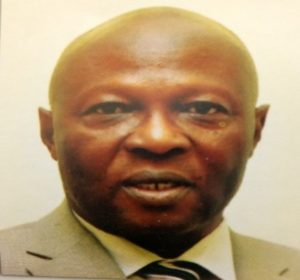 Engr. Ade Olayinka Akinsanya is a highly skilled and experienced Civil Engineer with more than 30 years’ experience in the design and construction of transportation infrastructure with a focus on bridge design and construction. Engr. Akinsanya is an active member of State of California registered Civil Engineer, License CE360414, Council of Registered Engineers of Nigeria [COREN] R2197. He was born into Akinsanya family on 21st February, 1953, and started his educational career at Tinubu Methodist Elementary School, followed by Mayflower School, Ikenne, Ogun State, Nigeria, where he obtained the West African School Certificate [WASC] in 1970. He proceeded further to Christ School, Ado-Ekiti, Ekiti State for his ‘A’ Level which he completed in 1972.

Within the past thirty years, Engr. Akinsanya had varied experience in Transportation Infrastructure particularly Bridge design, Construction, Transportation planning, and construction of Transportation facilities. He has designed plan checked, reviewed and supervised the construction and maintenance of over 10 bridges and other type of Transportation infrastructures. He began his career at California Department of Transportation [Caltrans], where he worked as Assistant Bridge/Transportation Engineer Range C, 1979-1986; Associate Bridge/Transportation Engineer Range D, 1986-1992; Senior Bridge Engineer, 1992-2003, and later as supervising Bridge Engineer/Design and Contract Manager. He was the Design and Contract Manager for the new SFOBB-Toll Bridge carries an Average Daily Traffic [ADT] of about 300,000 vehicles; and as the Structure Design Manager, Engr. Akinsanya supervised the work of more than 150 Engineers and other professionals during the design, fabrication and construction phases of the project, to ensure quality assurance, quality of work, conformance to project specific design and performance criteria. He was also responsible for reviewing and approving the Design Analysis, Structural Plans, Project Specification and all contract documents. The work involved replacing the existing bridge built in 1936 with a more modern design to meet the current seismic criteria.

As Design Checker, Engr. Akinsanya developed the Advanced Planning Studies [APS] and initial estimate for new bridge. He performed all the structural analysis and design check to confirm the adequacy of the bridge which include all the design details and the construction specification for construction contract. He also designed various outrigger bent to span across the 110 freeway without imparting traffic. The outrigger spans across more than 12 traffic lanes.

Engr. Ade Olayinka Akinsanya was redeployed as Commissioner for Works and Infrastructure in January 2018.

He is happily married and blessed with children.