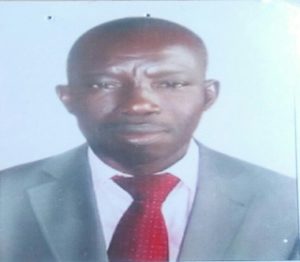 Engr Oladotun Olukoyejo LASOJU was born on the 28th September, 1961 in Lagos to the family of Mr. & Mrs. Lasoju. He had his Primary Education at Surulere Baptist School, Surulere from 1968 – 1973 and Secondary Education at Abeokuta Grammar School, Abeokuta from 1973 – 1978. Due to his inclination in creative and design activities which aroused his interest in Engineering he studied Civil Engineering at the Federal University of Technology, Owerri and graduated with a Bachelors of Engineering degree in 1988.

Engr Lasoju worked with A.M. Habitation Engineering, Opebi, Lagos, a firm of Consulting Civil/Structural Engineers before joining the Lagos State Civil Service in April 1992 as Executive Engineer II. He was with the Ministry of Physical Planning & Urban Development under the Development Control Department between April 1992 and December 2003 rising to become an Assistant Chief Engineer and worked in different formations of the State as Zonal Engineer and later as District Engineer with the responsibilities of vetting and appraisal of structural designs as well as monitoring of the supervision of buildings.

He was deployed as an Assistant Chief Engineer to the Ministry of Works & Infrastructure in December 2003 and worked in the Civil Engineering Department with responsibility for the supervision of Road and Bridge construction, management of contracts amongst others.

He worked extensively in the areas of the construction of Roads and Bridges adding value to the Road network in the State. It was at the Civil Engineering Department he was promoted to the post of a Chief Engineer and subsequently elevated to the post of an Assistant Director in 2009 with the responsibility to supervise the zonal formations in Lagos West part of the State, this assignment he executed till being posted to the Planning & Design Department and subsequently made the Head of Department.

He executed responsibilities as Head of the Planning & Design Department amongst which were acting as the consultant to all MDAs on Civil and Structural Engineering responsibilities; appraisal of Civil/Structural Engineering Projects, preparation and review of rates for procurement of contracts, Road alignment/route delineation for Planning & Design.

He was elevated to the position of a Deputy Director in July, 2013 in the Planning & Design Department of the Ministry; he was involved in the planning, design and appraisal as well as supervision of Building and Civil Engineering Projects some of which include Roads, Piling works, Bridges, Building Structures and Pipeline Network reticulation. This responsibility he discharged till March 2016 when he was appointed Acting General Manager Lagos State Building Control Agency (LASBCA).

As Acting General Manager; Lagos State Building Control Agency (LASBCA) he was involved in the State Government re-organization of the Agency to reposition it in addressing environmental and developmental issues. He was in charge of the orderly development of buildings in the State, ensuring conformity with approval standards equally overseeing the removal of distressed and unsafe structures amongst others. He served in this capacity till being deployed in May, 2017 to the Ministry of Works & Infrastructure in the Department of Project Monitoring, Evaluation and Training (PMET).

In July 2017 he was promoted to the post of a Director the post he holds till date and heads the Department of Project Monitoring, Evaluation and Training (PMET). He is in charge of monitoring of projects supervised by the Ministry. The department ensures that projects are timely delivered with value for money. Training is given to Engineers and other professionals in the Ministry to enhance their knowledge in duty areas and keep them abreast of contemporary development in the discharge of their duties.

Engr. Lasoju is a Member of the Nigerian Society of Engineers (NSE) and a registered Engineer belonging to the Council for Regulation of Engineering in Nigeria (COREN).

Engr. Lasoju is a Christian and happily married with children. In his leisure he takes pleasure in reading and activities bothering on community social services work.