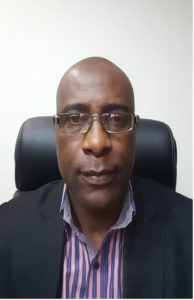 Primary Education between 1967 – 1973. He thereafter proceeded to Lagos State

Government College, Ojo between 1974 – 1979 where he obtained his West

African School Certificate (WASCE). He had a short stint in the Lower Sixth Form at

Igbobi College, Yaba for his Higher School Certificate before proceeding to the

under the Ministry of Physical Planning & Urban Development.

Development Agency, Housing and back to Ministry of Works & Infrastructure in

year 2011 till date. He is a COREN registered Engineer, a member of the

Civil Engineers (NICE). He is happily married to his heartthrob Mrs. E. I. Thomas

and they are blessed with God-given Children. His hobbies are play table tennis, surfing the internet and playing chess.