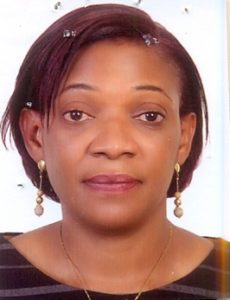 Mrs. Ososanya Adetutu Oluremi was born in Lagos Island on the 17th of November, 1965.

She attended Christ’s School, Ado Ekiti where she completed her secondary education between 1975 and 1980.

She also attended Obafemi Awolowo University Ile-Ife where she obtained her Bsc degree in Accounting in April 1988. Between September 1997 and July 1999, she attended University of Lagos where she obtained her MBA qualification. She also qualified as a Chartered Accountant in November 1999 and she is presently a Fellow of the Institute of Chartered Accountants of Nigeria. (FCA)

Mushin Local Government where she worked as a Revenue officer heading various sections between 1990 and 1997.

Alimosho Local Government where she worked as Ikotun Area Treasurer and later got appointed as the Council Internal Auditor between 1997 and 2003.

Mainland Local government where she served as the Internal Auditor from  February 2003 till October 2003 before she got appointed as the Pioneer Council Treasurer of Itire-Ikate Local Council Development Area in October, 2003.

In May 2006, Mrs. Ososanya was deployed to the mainstream of the Civil service and worked as a System Administrator at the Financial Information Service Department of State Treasury Office having risen to an Assistant Chief Accountant.

Her hobbies are exploring opportunities, Cooking, Mentoring and Music/Dancing.